Digitally remastered edition of this 1970 album by the Southern rock band. Idlewild South is the second studio album by The Allman Brothers Band.

Produced by Tom Dowd, the album was released on September 23, 1970, in the United States by Atco Records and Capricorn Records. Following the release of their 1969 debut, the Allman Brothers Band toured the United States extensively to promote the album, which had little commercial success. Due mostly to the band's relentless touring schedule, Idlewild South was recorded gradually over a period of five months in various cities, including New York, Miami, and Macon, Georgia, the band's home.

Tom Dowd had previously been arranged to record the group's debut but was unavailable. The material presented on Idlewild South was written during this period and tested out on the road at shows. The album's title comes from the band's nickname for a ramshackle, remote cabin the band rented out and used for rehearsals, as well as wild parties. Idlewild South contains two of the band's best-known songs, "Midnight Rider" and "In Memory of Elizabeth Reed", which became one of the band's famous concert numbers. 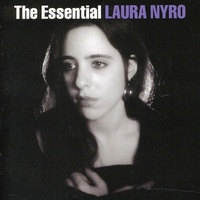