Canadian Jazz Singer & Pianist Releases Her 6th Opus
After a successful and diverse career of more than 20 years in almost every corner of the entertainment world, Anne Bisson returned to her first love, jazz, by releasing in 2009, Blue Mind, an album which brilliantly showcased her talents and musical creativity. Critics were unanimous, praising Anne Bisson as a natural jazz artist. With 35,000 albums in sales, she now releases a new album on which she is joined in the studio with two Los Angeles 'Jazz Giants', Joe LaBarbera on drums and Darek Oleskiewicz on acoustic bass.

This new album, Keys To My Heart, contains eleven songs. Two covers: "Killing Me Softly", a perennial standard, "For Me, Formidable", a beloved song from legendary French composer/singer Charles Aznavour, which Anne sings in both English and French, and nine new songs, co-written with Anne's frequent collaborator and friend, Pierre Lenoir. These songs create a unique world, Anne's world, where they tell involving stories with warm and expressive performances that confirm the tradition of artistry and high audio fidelity that Anne has been known for so many years.

Anne quickly realized that for the album to be fresh, and for her to feel totally at ease with the two musicians she would only meet on the morning of the first recording session, she had to place her trust once again in the hands of Michael C. Ross, with whom she had worked previously on her very successful Direct-to-Disc Four Seasons In Jazz album. Michael suggested she come down to Los Angeles to record at United Recording Studios in Hollywood, and that's what took place on May 16 and 17, 2019.

Michael Ross says: "Studio B at United Recording is my favorite room in the world! Their microphone selection is second to none. It includes Neumann M-50s, AKG C-12s and AKG C-12As, Telefunken 251s and Neumann U-67s and U-47s. Their console is one of the few of its kind, a custom-built Neve 8068, with API 550a EQs on every channel."

So be prepared to hear Anne Bisson's voice as you've never heard it before. Anne's writing and playing is beautifully enhanced by the other musicians, creating a spontaneous atmosphere where everyone was comfortable and it felt like they'd been playing together for ages.

"With her talent, both the Gimbel/Fox standard and the Aznavour chanson sound wonderful, but she also brings her lovely phrasing and very pleasing tone to her own compositions. Objectivity in one's own music is often difficult. So, it comes as a very nice surprise that Bisson interprets her own songs from a proper perspective - no artifice, no cloying, just straight ahead ballads and up tempo numbers that are performed and interpreted with great style and flair. The four 45 rpm sides begin with the Gimbel/Fox standard, but continue with Bisson's 'Icarus', a lovely ballad, and 'In a Whisper', showcasing the outstanding bass of the Yamaha 7' grand and clever multi tracking for harmony lines. To contrast the ballads, try some fun. 'Slip into My Limousine' shows Bisson's playful side with very clever and cool lyrics by Lenoir. Interestingly, Lenoir is an actor, musician, singer and songwriter also from Montreal. He began working with Bisson a decade ago, first as editor for her English, then as lyricist. 'No Problem' showcases the exceptional abilities of the two rhythm legends and Ross' recording of them. Bisson's piano's tone is even and rich with an especially gorgeous upper register. It's the same for 'Where Am I now', a great song with a sophisticated groove featuring Bisson on her Fender Rhodes, one of my favourite sounds on records in this style... The Camilio Records pressings are flawless, silent with that pleasurable 180g heft. The entire production, from jacket design, notes, lyric inserts, to different pastel colours for centre label stickers, exudes class. This release joins Janis Ians Breaking Silence and Tony Joe Whites Homemade Ice Cream as my 45 RPM reissue go to references when reviewing turntables, arms and cartridges." - Anthony Kershaw, www.audiophilia.com 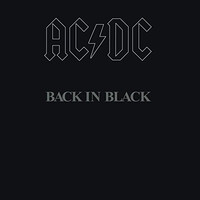