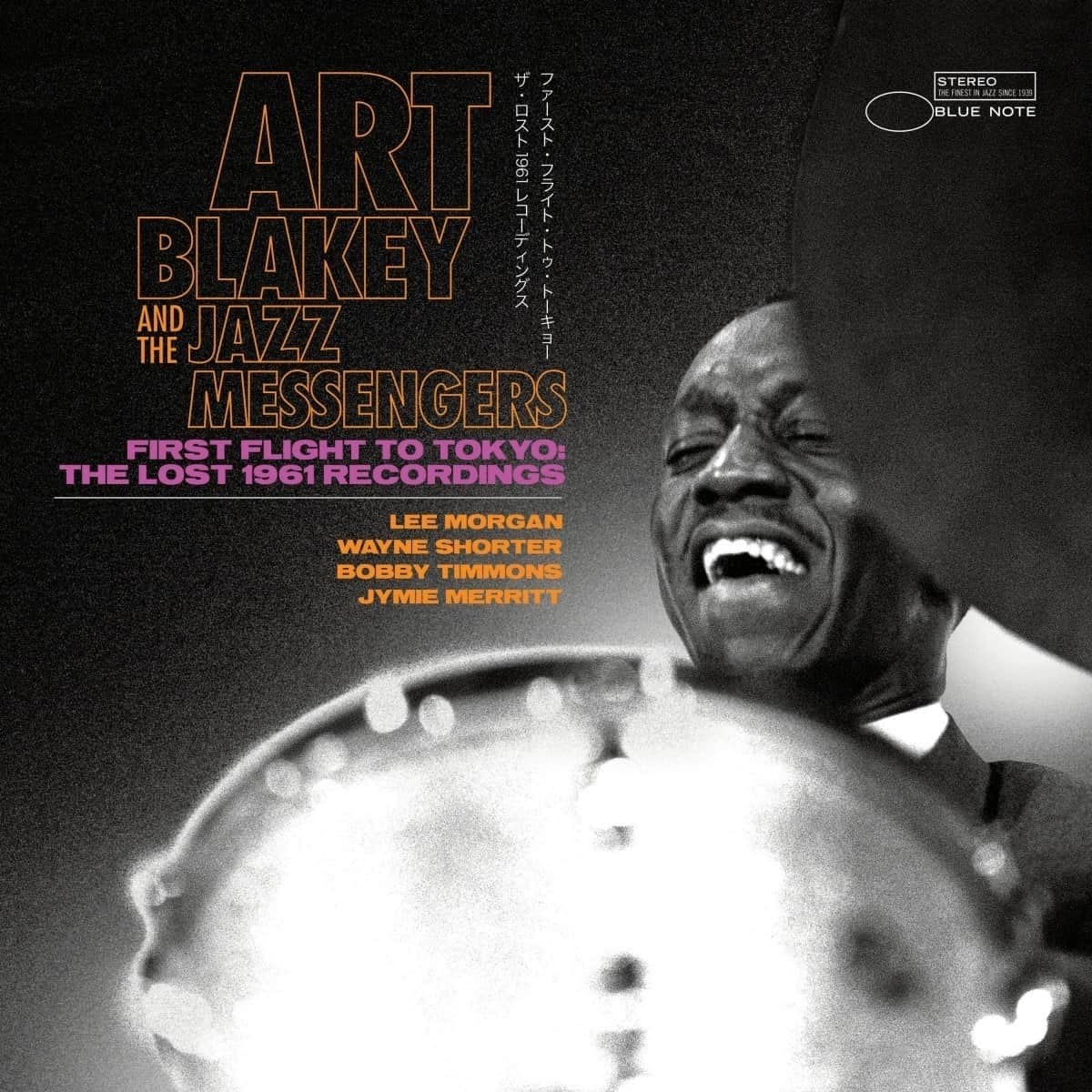 Recorded at the Hibiya Public Hall in Tokyo during the group’s first-ever tour of Japan in January 1961, ‘First Flight To Tokyo: The Lost 1961 Recordings’ captures Art Blakey & The Jazz Messengers at arguably the very peak of their powers. Boasting one of the band’s strongest-ever line-ups (Lee Morgan and Wayne Shorter both feature) there’s a mixture of jazz standards and Jazz Messengers originals.

The Jazz Messengers were among the first modern jazz groups to tour the country, and adoring Japanese audiences were enthralled by one of the band’s all-time great line-ups featuring the legendary drummer with Lee Morgan on trumpet, Wayne Shorter on tenor saxophone, Bobby Timmons on piano, and Jymie Merritt on bass. The concert featured soaring performances of well-known jazz staples including Charlie Parker’s “Now’s the Time,” Thelonious Monk’s “’Round About Midnight,” and Jazz Messenger hits including “Blues March,” “Dat Dere,” and “Moanin’.”

“The performances were captured at the end of a tour that resulted after Blakey was crowned in a Japanese magazine poll as the American musician that the country’s jazz fans were most eager to experience in person,” writes Blumenthal in the liner notes.

“Over the first two weeks of January 1961 the Messengers performed in several major Japanese cities and were received as artistic heroes wherever they appeared. This outpouring by the Japanese public, plus the concert and broadcast settings in which the band was presented, were a far cry from the treatment and working conditions commonplace in the USA and made a great impact on Blakey, who responded with a keen appreciation of his newfound role as international representative of his art form.

“If the Blakey/[Horace] Silver partnership had established the Jazz Messengers style, and the tour [Benny] Golson’s edition undertook at the end of 1958 introduced the band to European audiences, then this first visit to Japan made the Messengers a worldwide phenomenon and cemented what would prove to be its most loyal fan base.”

Wayne Shorter, saxophonist, said: “I was amazed at the reception when we finished, not just the whole concert, but each thing we played. Every time we went on, we knew we were being appreciated in ways we never had been in America.”

Don Was, President, Blue Note Records, says: “Releasing this recording is a proud moment for all of us. It captures one of the most legendary lineups of Art Blakey & The Jazz Messengers in their full glory as they spread the message across the planet.

Zev Feldman, producer, adds: “My heart leapt from my chest when I heard that these previously unknown tapes of Art Blakey performances from his first Japanese tour existed.”