Digitally remastered two-fer containing the complete contents of the original two volume Art Pepper album titled THE ART OF PEPPER, which was first issued on two reel-to-reel tape boxes. All of the music was recorded during two consecutive days in April of 1957 in a quartet format, with the saxophonist backed by Carl Perkins on piano, Ben Tucker on bass, and Chuck Flores on drums. A version of 'Summertime' which wasn't included on those releases, plus the three existing alternate takes from the sessions, have been added here as a bonus. Includes 12-page booklet. 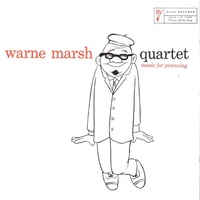