Given the urban title of alto saxophonist Arthur Blythe's debut Columbia album, it's quite a shock when he and his red-hot band of collaborators that include James Blood Ulmer on guitar, Bob Stewart on tuba, flutist James Newton, bassist Cecil McBee, and Jack DeJohnette open with the decidedly funky Latin breaks on "Down San Diego Way." It's not a vamp and it's not a misleading intro, the first of four tracks showcases not only the deep versatility of the rhythm section, but Blythe's own gift as both a composer and as a soloist. He states the melody, handing off the harmonics to Ulmer and Newton and then flies high into the face of its chosen changes, allowing the beat to change under him several times before bringing back a theme and letting Ulmer solo.

Blythe's grounding in the blues and in modal composition guide him on the title track; he and Newton move through intervallic shifts of chromatic intensity and spatial columnar structures, while Ulmer builds a middle bridge to both ground and fly from. But Blythe is not content here to showcase the extremes. On both "Slidin' Through," his exercise in harmolodic composition, and "Odessa," Blythe provides ample proof of his wisdom as a bandleader, encouraging solo and rhythmic interplay between different groups of musicians such as McBee and Blythe on the former and between himself, Newton and Ulmer on the latter as the rhythm section winds it out in both cases, stretching the narrow envelope into something far more textured and thematically unified -- note the Ornette-meets-noir ambience of "Odessa." This group lays like a band that had been together for years, not the weeklong period it took them to rehearse and create one of Blythe's masterpieces. Over 20 years later, Lenox Avenue Breakdown still sounds new and different and ranks among the three finest albums in his catalog. 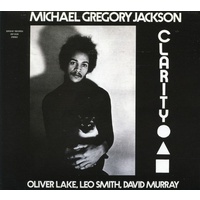