On this release, King comes close to equaling his past triumphs on small independent labels in the '50s and '60s. He's ditched the psuedo-hip production fodder and cut a 12-song set matching him with blues peers.

His duets with Buddy Guy, John Lee Hooker, and Albert Collins are especially worthy, while the songs with Koko Taylor, Ruth Brown, and Irma Thomas have some good-natured banter and exchanges, as well as tasty vocals.

The master gives willing pupils Joe Louis Walker and Robert Cray valuable lessons on their collaborations. There's also a medley in which King invokes the spirit of his chitlin circuit days, taking the vocal spotlight while his Orchestra roars along underneath. 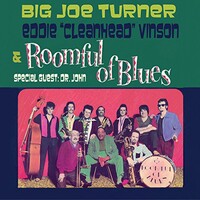