The third album by the undisputed queen of new Brazilian music sounds perfectly poised between the crystalline, electronic simplicity of her million-selling debut album Tanto Tempo and the acoustic sophistication of her second, self-titled opus.  Recorded in Rio,  New York and London, the album was nominated for a 2008 Grammy Award. 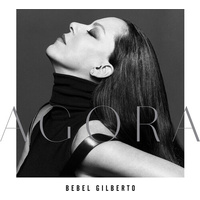