Enter the all-encompassing universe of Everything, a score by Ben Lukas Boysen and Sebastian Plano.

Game creator David OReilly has built an interactive world for you to explore at your choosing. Whether you decide to take the role of a microbe inside a plant in the desert, or a star in the furthermost galaxy, each layer of the game is coated with ambience which takes the simulation even further into the limitless boundaries of each world. Composers Ben Lukas Boysen and Sebastian Plano have shaped this experience with their intricate 4-hour soundscape, alongside the continuous narration by philosopher Alan Watts.

Though the score has an important part to play in heightening the atmosphere of the game, it has the capability of being a standalone album — carefully sequenced down to a 10-track selection by label founder Robert Raths. There is a considerably therapeutic quality about it, allowing the audience to transcend into a meditative state, which is what makes it a perfect partner for Everything. The music is a whole world of its own, yet part of the game’s universe. 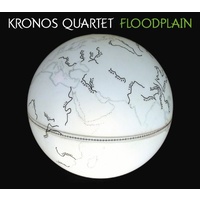