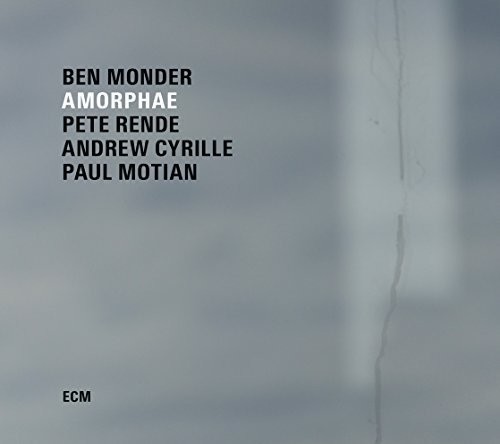 Ben Monder is a New York jazz guitarist who can play in a number of traditions but has gone further into his own, involving complex chords; deep sustain and swell-and-recede dynamics; fast picking; and long-form composition.

Listening to his music can give you a strange, weightless, confusing sensation. He was part of the circle around the drummer Paul Motian, and “Amorphae,” his first album for the label ECM, was initially going to be a set of improvised duets between Mr. Monder and Motian. They finished some of these, but after Motian’s death in 2011 the balance of the record was completed through solo improvisations and duets with another drummer with a similarly expansive sense of time: Andrew Cyrille. (The keyboardist Pete Rende is obliquely present here and there.) The two drummers, using brushes and open space, encourage Mr. Monder in one of his natural tendencies: They help him explore sound. They help him get galactic.

The album is an extended listening experience and a great one, especially late at night; its milestone here is a trippy, sepulchral version of Rodgers and Hammerstein’s “Oh, What a Beautiful Mornin’.”