Pianist and bandleader Bennie Moten was an important figure as one of the primary pioneers and architects of the Kansas City sound, playing a style that developed from the orchestral ragtime popular in the region, with a stomping beat and an emphasis on informal riff-based arrangements of a broad, but often blues-flavoured repertoire which left plenty of room for improvisation. His was the most prominent of the early territory bands, and he was able to attract a stream of talented young musicians to his Kansas City Orchestra, notable among them Count Basie, Hot Lips Page, Walter Page, Ben Webster, Eddie Durham and the great blues shouting vocalist Jimmy Rushing. His career was short, curtailed by his untimely death in 1935 at the age of 40, at which point his band became the core of Count Basie's first ensemble.

This great value 48-track 2-CD collection draws recordings, presented in chronological order, from the majority of the recording sessions which he undertook during the decade before the Depression took it's toll on many bands' recording activities, Moten's among them, and it's a thoroughly enjoyable and entertaining look at an important niche in the annals of the genre. 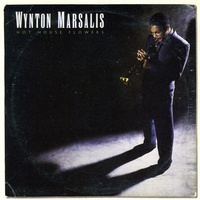