of two early eighties albums from two of the biggest legends in jump blues & R&B vocals joining with legendary band Roomful of Blues. Big Joe Turner came out of Kansas City & pretty much created the rhythm & blues shouter. His career spanned over forty years & was inducted into the Rock & Roll Hall of Fame in 1987. Eddie "Cleanhead" Vinson came out of Texas & was known for his alto sax prowess & humorous blues tunes. His unique voice made him a fan favorite for decades. Roomful of Blues were formed in 1967 & have been playing & recording since the 1970's. These tracks were recorded & released in the early 1980's & have been out of print for years. 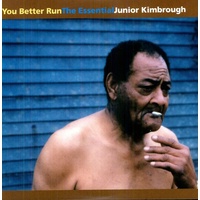