It features the trio (with bassist Peter Washington and drummer Kenny Washington) in peak performance, and was recorded immediately following a two-week run at Jazz at Lincoln Center's Dizzy's Club Coca-Cola.

Lyricists Alan & Marilyn Bergman have said, "Bill Charlap's playing is unique, warm and intelligent. He not only plays the melody - he also plays the lyric. And, for lyric writers, that's as good as it gets." 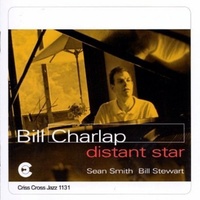