Just As I Am served as the launching pad for one of the most prolific songwriting careers of our time. Just As I Am catapulted Bill Withers into super-stardom in 1971. Featuring the worldwide mega-hit and Grammy Award-winning "Ain't No Sunshine", Just As I Am, Withers' debut album, established him as one of the premier singer/songwriters of the era and brought the world a fresh look at Rhythm & Blues. Equipped with an acoustic guitar and backed by three-quarters of Booker T. & the MGs and Stephen Stills on guitar, Bill Withers recorded one of the biggest albums of the '70s, producing the timeless hit "Ain't No Sunshine" along with the other Withers essentials "Harlem", "Grandma's Hands", and "I'm Her Daddy". As a testament to his talents, Bill Withers was inducted into the Songwriters Hall of Fame in 2005. 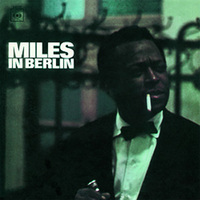