All compositions by Sam Weinberg except tracks 2, 4, and 9.

Bast' is a blast - a kinetic opener to say the least - a musical can opener that removes the lid from the Brooklyn based trio Bloor's first recording Drolleries. Sam Weinberg's saxophone playing is fierce and unforgiving, Jason Nazary's percussion work, while at moments feels frenetic, is quite deftly applied, and Andrew Smiley (like Nazary, from the group Little Woman) slashes at the guitar strings more often in a percussive manner rather than acting as a melodic or harmonic partner. A repeated phrase, interspersed with heaving blasts of sax, acts as the handle they use to turn the gears that pry the can open wider. They build momentum and react to each others nudges until they reach a screaming apex - the lid flaps open wide, jagged edges and all.

A short drum solo provides a buffer before the next track, 'Mollycoddled', which is a sister piece to the opener, and I suspect it was recorded in the same go. Smiley is still slashing at the strings and Weinberg has resumed the role of prime agitator, but something happens halfway though - the musicians switch tactics and the frenetic gives away to the exploratory in stretch that does lose any pulse but provides a nice contrast to the full-throttle blast they began on. This lands the listener in the track 'The Croy Hours', which continues in a more reactionary manner, until they collide and the group regroups - Weinberg and Smiley layering thick swaths of notes atop the jagged percussion.

'A1' is a guitar spotlight, leading up to the track 'Defacer', which stands out with a harmonic melody delivered by the drum and guitar, over which Weinberg employs legato notes and caterwauling tones. The contrast between rhythms is disorienting, but also in some inexplicable way, comforting. 'Ending phrase' is a solo sax piece that serves as a transition to the next piece, 'Liber Scivias', which is another overflowing ladle of sound.

The title track begins with a lone guitar carefully picking out legato notes while brushing accompanying strings. The effect is interesting and certainly provides a reflective moment before the closing 'Splice (for Arthur Blythe)'. I am not sure I hear the connecting to the formidable saxophonist, but regardless, it's a strong closer to the recording with Weinberg employing his sax in a more traditional role, playing intervallically challenging melodic snippets in tandem with Smiley. The tune really gets captivating about 2/3 of the way through, where the guitarist deploys thick comping and Nazary provides a complex web of percussive support.

Drolleries is an intense and dense debut that finds these musicians exploring a range of influences and directions, pretty much all at once. It meshes deeply with the fabric of the fabled Downtown NYC sound and is definitely worth a listen. 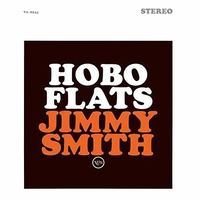