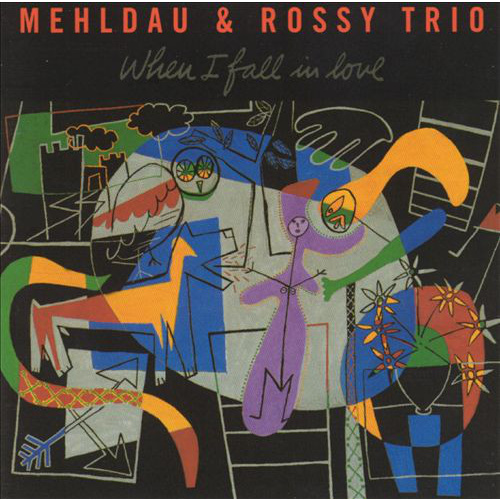 Brad Mehldau & Jordi Rossy trio - When I Fall in Love

"Recorded way back in 1993 in Barcelona, pianist Brad Mehldau was a kid just beginning to explore the deep science of the jazz piano trio with Mario and Jordi Rossy. He was also commencing his stint with Joshua Redman and backing cats like Johnny Griffin, Jimmy Cobb, and others. His working with this trio reveals a young musician (Mehldau was born in 1970) in solid command of the language he is attempting to simultaneously master and deepen. This is a club date and kicks off with an ambitious and wholly successful read of Charlie Parker's "Anthropology."

The steaming rhythm leaves Mehldau no choice but to careen through the melody as recklessly as a saxophonist. He inks it note for note and then begins to move through the lower register for sevenths and ninths, playing 16th and even 32nd notes to corral the rhythm section as he moves the scale over first a half, then a whole, and then two and a half steps. A ballad follows, Mehldau's own "At a Loss," a bit of melodramatic glissando playing that nonetheless has at its heart an interesting harmonic series of shifts in timbre, moving from a light blue to a darker, richer chromatic that digs into the blues for a stuttering turn at swing before re-entering a balladic frame. The most exciting track on the set is Coltrane's "Countdown," with its rhythmic and mode changes occurring just before the end of each interval, blurring them somewhat and making the solos belled through. This may not be as great as some of Mehldau's later trio work, but it is very impressive for such an early date."