Two absolutely superb piano players from different musical worlds: Bruno Canino, as a representative of art music, and Enrico Pieranunzi, as a representative of jazz. Two Americas, the Northern one and the Southern one, and some of the greatest composers from both. The Americas project has been conceived for two pianos intertwining like cultures and musical worlds do. Here, between Canino and Pieranunzi, it matters little who is playing "what" and "when".

Listening to Americas one is again led to realize that apparent contrasts are actually bonds consisting of irresistible mutual attractions, common points, osmotic relations. Whatever the image this record conjures up in listeners' minds, Americas is definitely great music, confident that culture is not entrenching in what one already knows but breaking conventions, boundaries, mutual inflexibility. Like Bruno Canino and Enrico Pieranunzi did by playing face to face, each backed up by his own strong cultural background and, for this very reason, splendidly creative and versatile. 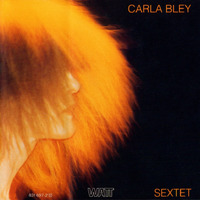