Adding Twenties-style ragtime, blues, jazz and swing instrumentation to some of your best-known work may seem an odd endeavour, but it makes a lot of sense if you’re Bryan Ferry. The Roxy Music mastermind embarks on a further exploration of his jazz influences on Bitter-Sweet, a new solo album inspired by his work on the Netflix TV series Babylon Berlin.

The release comes two years after his record The Jazz Age, which consisted entirely of instrumentals; Bitter-Sweet includes eight vocal tracks.There are reinterpretations of some classic Roxy Music cuts: “While My Heart is Still Beating”, from the English rock band’s eighth and final studio album Avalon, is given a moody makeover with the addition of sax and rigid strings that jerk back and forth with stern urgency.The minimalist “Zamba”, from Ferry’s 1987 solo album Bête Noire, transforms the spine-tingling synths and shimmer of the original into something entirely different. L

ed by the piano and a soaring strings section as Ferry delivers the lyrics in a darker, hoarse whisper, the new version is just as, if not more, beautiful. Ferry’s idea is to take the musical stylings of a golden era and apply them to some of his classics. The result should be something that feels rooted in nostalgia, but in fact these songs sound and feel as modern and innovative as they did when first released decades ago. 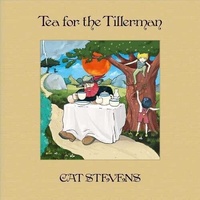