Calvin Keys's 1971 debut album for the Black Jazz Records label announced the arrival of a new star in the jazz guitar firmament.

Keys had spent the '60s backing up the crème de la crème of jazz organists like Jimmy Smith, Jimmy McGriff, Jack McDuff, and Richard 'Groove' Holmes but for his first record as a leader, he was eager to play with a piano player instead. So he recruited one of the best, Larry Nash, who, besides being a member of the L.A. Express, played with everybody from Eddie Harris to Bill Withers to Etta James. Bassist Lawrence Evans, drummer Bob Braye, and flautist-songwriter Owen Marshall rounded out the group on Shawn-Neeq, which might remind some of Pat Metheny's early work (Metheny acknowledges Keys as an influence), or Grant Green. But what gives Shawn-Neeq extra depth is that it comes from the heart; as Keys says in Pat Thomas' liner notes, which feature an interview with the artist: "My thing was, I write about some of the experiences that I've had in my life." Keys has since become a fixture in the Bay Area jazz scene; this is the album that started his journey. 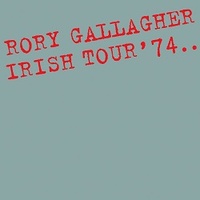