Swingin' in Seattle: Live at the Penthouse (1966-1967) is a collection of previously-unissued recordings by the Cannonball Adderley quintet captured live at the height of his powers over 4 nights at the famous Penthouse jazz club in Seattle, WA between 1966 and 1967. Just one week later, Adderley would record his classic Mercy, Mercy, Mercy: Live at "The Club" album at the Capitol Records studio in Hollywood, CA. Lifeline - Music Of The Underground Railroad - 180 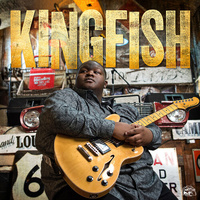