“Could one make this into an inner happening? I mean, suggest, that it is a composition for different voices in the same soul’s concerto grosso?” – Ingmar Bergman on Persona

The name of saxophonist Caroline Davis and pianist Rob Clearfield’s new ensemble comes from the title of Ingmar Bergman’s watershed film, Persona. In the movie, an actress plagued by muteness is put in the care of a nurse, who begins to take on the characteristics of her charge. The underlying narrative of the film raises the questions of whether there are two separate characters or one character with two personalities. Or perhaps these two characters share one common consciousness.

The band Persona’s sound is the melding of Davis and Clearfield’s unique musical identities. The ensemble’s new recording, Anthems, is their declaration of purpose, akin to that of Ornette Coleman’s landscape changing This Is Our Music. While Coleman’s music pursued the path of musical freedom, Persona’s revolution is more in line with creating pieces with strong personal statements, whether they are declarative melodies of urgent lyricism or innovative cyclical rhythmic concepts.

Davis met Clearfield around the time she settled in Chicago to attend Northwestern University. Originally from Oak Park, Illinois, Clearfield had become a regular in the Chicago jazz scene playing alongside artists like Matt Ulery, Patricia Barber, Makaya McCraven and Greg Ward. Although Clearfield and Davis played together in various projects, they rarely had a chance to explore each other's original music amidst the bustling Chicago scene. 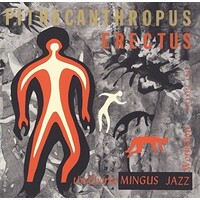