2017 release from the artist formerly known as Cat Stevens.

The Laughing Apple was produced with Paul Samwell-Smith, the original producer behind Yusuf's landmark recordings, including 1970's seminal Tea for the Tillerman. The Laughing Apple follows the common '60s template of combining original songs with covers, though the covers on this album are Yusuf's own. The album's cover features Yusuf's own illustration, the first time since 1972. Yusuf has drawn additional works of art for each of the 11 songs on The Laughing Apple. 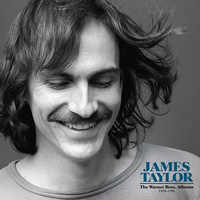