The duo found that their approaches to music fit well together, as they both had backgrounds in jazz and classical music. Dominguez's Spanish influences were not foreign to Noiberg, as her background in the widely eclectic music of Israel provided touchstones to the Iberian Peninsula and her own involvement with Latin American music gave her a grounding in some Latin rhythmic ideas. Further, many of the Israeli folkloric pieces that Noiberg introduced to Dominguez reminded him of holiday tunes from his native Andalusia. 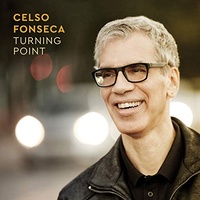