Robinsongs brings you three of the Best Charles Earland albums on a double CD, and not only do you get the albums "Coming To You Live", "Earland's Jam" and "Earlands's Street Themes" plus two bonus 7" versions of 'Coming To You Live' and 'Be My Lady (Tonight)'... this package also gives you the additional bonus of four of Charles Earland's Mercury cuts, including the iconic 'Intergalactic Love Song' and the 12" version of 'Let The Music Play' which was written and produced by Brass Construction's Randy Muller.

'Coming To You Live' was originally released in 1980 and was his first for CBS, and the title track was to be the first single, that was a dance floor smash in the clubs. "Earlands Jam" was the follow up album released in 1982 and contained the singles 'The Only One' and 'Animal', plus a very interesting version of Barbara Streisand's 'Guilty'. The album was co-produced by Tom Washington who had also worked with Earth Wind & Fire and Ramsey Lewis and Cameo's legendary front man Larry Blackmon. 1983 saw the release of Charles last CBS album "Earland's Street Themes" and featured the single 'Be My Lady (Tonight)'.

A great package but including four special Bonus tracks puts the cherry on top of the cake. The musicians featured on these albums is like a who's who from the Jazz Funk world including Marcus Miller, The Brecker Brothers, Weldon Irvine, Phil Upchurch and Earth Wind & Fire Horn section to name but a few. Package features fantastic sleeve notes by MOJO & Record Collectors Charles Waring 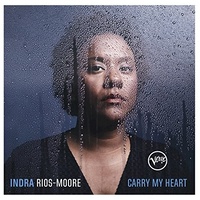