The great bassist and composer Charles Mingus had his diehard supporters and detractors. His explosive intermingling of devil may care attitude, imposing character and aggressive music was sure to rub some listeners the wrong way and was just as likely to attract adventurous fans. But his genius could not be denied; it just may have taken some time to break down barriers.

A good way to examine this change in listener attitudes is to investigate the differences in critical appraisals from two performances in the port city of Bremen, Germany, a decade apart. The initial performance in 1964 introduced Mingus's firebrand ways to an unsuspecting audience while his 1975 appearance was met with the expectancy of jazz royalty. The performances appear in their first official release remastered from the original source tapes on Charles Mingus @ Bremen 1964 & 1975.

Both of Mingus's performances in Bremen are incredible marathons of brilliance from the top musicians of two decades. The performances don't show a wilting in the passion of the leader. A decade apart, the performances are every bit as cutting edge. The only thing that seems to have changed was the attitude of the critical mind, as ten years of achievement had cemented Mingus's legacy in Europe. 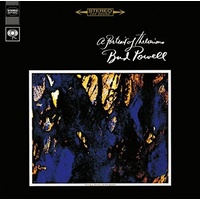