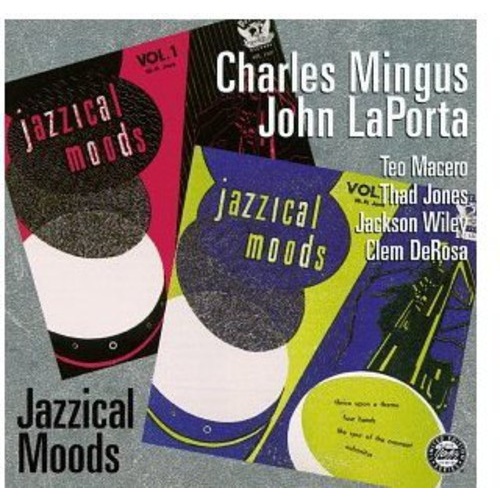 Down Beat reviewer Nat Hentoff called the first ten-inch release of this album, recorded in 1954 and originally issued on the Period label, “Mingus’ most wholly realized dates so far as a leaderwriter or, more accurately, it’s the one that has most directly communicated to me in terms of emotions as well as concepts.”

The set features Mingus on bass and piano, co-leader John LaPorta on alto sax and clarinet, Teo Macero on tenor and baritone, Thad Jones on trumpet, cellist Jackson Wiley, and drummer Clem DeRosa playing three Mingus compositions, one by Macero, another by Mingus and LaPorta, and ingenious reworkings of the standards “What Is This Thing Called Love?” and “Stormy Weather.” The liner notes are by Mingus himself.