Charlie Parker, who was a legendary figure during his lifetime, has if anything grown in stature since his death. Virtually all of his studio recordings are available on CD along with a countless number of radio broadcasts and club appearances. Clint Eastwood put together a well-intentioned if simplified movie about aspects of his life (Bird). Parker's influence, after the rise of John Coltrane, has become more indirect than direct, but jazz would sound a great deal different if Charlie Parker had not existed.

The phrase "Bird Lives" (which was scrawled as graffiti after his death) is still very true.

As he died in 1955 the release dates of these five albums may not be correct. If you are a Parker nut let us know the correct dates and we'll amend this page. 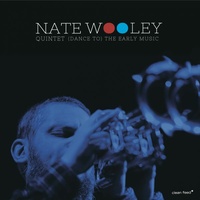