Charlie Parker With Strings : The Alternate Takes is a glimpse inside the heart and mind of one of the most inventive saxophonists of all time. His original Strings LP, containing brilliant and unexpected interpretations of standards and first issued on Mercury in 1950, was a landmark in the cross section of jazz and pop – and remains The Bird‘s best selling record. Now for the first time on vinyl are the rare alternate takes from the session, issued during the 70th anniversary year of the initial recordings. 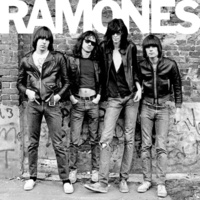