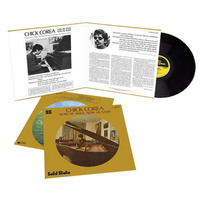 Chicks brilliant trio album from 1968, Now He Sings, Now He Sobs is held in the same kind of rarefied esteem as the classic Bill Evans trio sessions. One listen will tell you why... the exquisite interplay between Chick, Czech bassist Miroslav Vitous and drum master Roy Haynes make it abundantly clear why this album has achieved such legendary status among jazz piano trio recordings. Now He Sings, Now He Sobs features a program of all Corea compositions including the first recording of Matrix.

"The titles for the Tone Poet series, handpicked by Harley with input from Blue Note president Don Was, cover lesser-known releases from both the classic and modern Blue Note eras as well as labels like Pacific Jazz, World Pacific, and Solid State... Corea's classic Now He Sings, Now He Sobs, with Miroslav Vitous on bass and Roy Haynes on drums, was originally released on Solid State. It presents Corea with one foot in bebop and the other striding forward into 'The New Thing'. 'Now He Beats The Drum, Now He Stops' opens with a solo piano exploration before morphing into the briskly swinging trio section based on the chords to 'How Deep Is The Ocean'. Corea explores freely inside the piano on the avant-garde number, 'The Law Of Falling And Catching Up', while the kinetic 'Steps: What Was' hints at what would later become Corea's most beloved and oft-covered tune, 'Spain'. The leader's boppish 'Matrix', another buner characterized by his Bud Powell-esque right-hand flurries on the keys, would later become a jazz standard." - Bill Milkowski, The Absolute Sound, July/August 2019 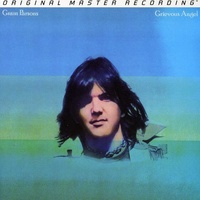 Ayako Hosokawa - A Whisper of Love