Musicmagic is Return to Forever's seventh and final studio album and one of the best jazz recordings released in the fusion genre.

The album contains the final line-up of the band with only founders Chick Corea and Stanley Clarke returning from the previous recordings. This 1977 release was the first Return to Forever album in five years to contain vocals, performed here by Corea's future wife Gayle Moran and the surprisingly enjoyable Stanley Clarke.

This album also marked the return of original member Joe Farrell on saxophone and flute, along with several new members making up a killer five-piece horn section. - The sound is remarkably more orchestral than anything the group had previously done, a cross between fusion, jazz vocals, big band and grassroots acoustic jazz.

Musicmagic celebrates the pure joy of music with contributions from Corea ("The Musician"), Moran (the existential jazz ballad "Do You Ever"), Corea and Moran together ("Musicmagic" and "The Endless Night") and Clarke ("Hello Again" and the album's single greatest moment, "So Long Mickey Mouse," offering particularly great spots for Farrell's flute and soprano, Corea's keyboard kaleidoscope and Clarke's entrancing bass). 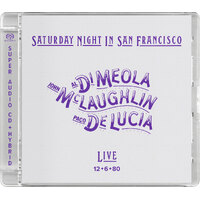