Brotherhood – a classic title from 1972, the second album by CHRIS McGREGOR’s magnificent big band: the BROTHERHOOD OF BREATH.
Mighty music for the head, the heart and the feet. Long out of print, this wonderful album continues the ground-breaking music of their spectacular debut album (now on FLED 3062).
“The Brotherhood of Breath is the kind of band you want to tell people about. It’s not for private enjoyment, or for worship by a elitist cult. The Brotherhood’s music is for sharing with the world, and that’s what makes its name so apt: the musicians and the audience are brothers (and sisters), and they share the same breath, becoming merely parts of the same giant metabolism. 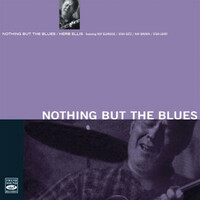