Call Me Lucky is his latest studio album of brand-new originals in six years, featuring his long-time producer and multi-instrumentalist David Goodrich, drummer Billy Conway (Morphine), Matt Lorenz (aka The Suitcase Junket), and engineer Keith Gary. The four musicians went in to the session to record ten songs. What they ended up with is a double-album offering commentary on the human condition in the way that only Chris Smither can. These songs pull deep from the soul and make for the kind of reflection that come when facing a higher power or natural disaster. From the opening track of "Blame’s On Me" to "Lower the Humble", Smither raises his own bar when it comes to his songwriting.

Reviewers including the Associated Press, NPR, MOJO, and The New York Times agree that Smither remains a significant songwriter and an electrifying guitarist - an American original - as he draws deeply from folk and blues, modern poets and philosophers. And with Call Me Lucky Chris Smither keeps doing just that. 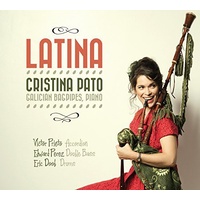