Four years elapsed before the CJQ released another album. ‘Location’ dropped on Cox’s own Strata imprint. Led by Kenny Cox on piano and electric piano, the quintet also features Charles Moore on flugelhorn, trumpet and percussion – an enormously influential figure on the Detroit scene – along with guitarist and Motown side-man Ron English. This five-track offering shows the ensemble to have side-stepped the shadow of 60’s Miles Davis for a more muscular and explosive art form. From the aptly entitled opening salvo of ‘Bang’ to the expansive thirteen minute ‘Inner Beckoning’, ‘Location’ delivers that sense of restless reflection and stubborn resistance which characterized the dawn of the Seventies in the Motor City. 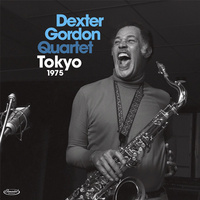 The Bad Plus - These Are The Vistas