Daniele Germani - A Congregation Of Folks

A Congregation of Folks is the debut album from saxophonist and composer Daniele Germani and his quartet.

Thirteen original tracks feature Germani’s tight group of musicians from around the world: Justin Salisbury on piano from the United States, Giuseppe Cucchiara on double bass from Italy and drummer Jongkuk Kim from South Korea. These four musicians met as students at the Berklee College of Music, and connected musically and as friends immediately.

As music students, Daniele, Justin, Giuseppe and Jongkuk spent every day together, playing music, studying, wandering around Boston, talking about life, movies and music. The music in these tracks reflects those days spent together. The ease and interweaving melodic lines are the songs of friendship.

On the cover of A Congregation of Folks is a photograph of Germani’s parents’ wedding taken in1986 in his hometown of Arce in the province of Frosinone in Italy. With a little ingenuity, Lia Rivera Flavia included Germani’s band mates in the picture, too – representing the past, the present and the future. 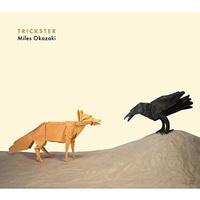