Danny Gatton - Live in 1977: The Humbler Stakes His Claim

Powerhouse Records is proud to present the latest release from out "Guitarchives" Series - DANNY GATTON LIVE IN 1977 - THE HUMBLER STAKES HIS CLAIM. This release is comprised of newly discovered and previously unheard recordings made by Danny Gatton's sound engineer Chris Murphy throughout 1977 and 1978. What distinguishes these recordings from other live recordings is that these recordings were actually made with microphones placed in the audience, so there is a real feeling of being right there in the club with glasses clanking and audience responses, rather than the more sterile sound of a "board mix". 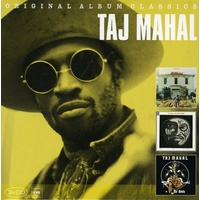