Originally planned as a Dave Mason solo album, it is certainly one of his finest and coupling him with Cass Elliot was an utter stroke of genius, as she goes from being "just" producer and backing vocalist to being the shining guest star of the album. Cass provides excellent background vocals on her non-lead songs alongside sister Leah Kunkel making up an impressive harmony stack. The album is propelled by Mason's superb songwriting talents and tracks such as 'On and On', 'Walk to the Point', and several others bear this out.

His guitar playing is some of his finest recorded work, especially the epic 'Glittering Façade', where he layers acoustic and electric guitars to a scintillating effect. Elliot's 'Here We Go Again' showcases her ability as an outstanding lead vocalist, showing just what a star we lost. Paul Harris provides some excellent keyboard and string arrangements providing a glimpse of fine work that was to follow in Stephen Stills' Manassas. The rest of the stellar backing crew outdo themselves. A highly underrated album, but in the end, one of the finest of the 1970s.

And one with a shockingly modern soundscape. Beautifully remastered by Norman Blake. 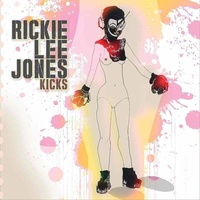