Three CD set. Over an astounding career that began as a blues sideman at age14 then evolving into one of the most in-demand and imitated musicians across genres, saxophonist David Sanborn is a living legend.

On July 30, David Sanborn turns 75-years-old while 2020 additionally marks the 45th anniversary of his debut LP as a leader. In honor of these milestones, SoulMusic Records proudly presents this "audio travelogue" that covers the arc of his artistry like no other. David Sanborn - Anything You Want: The Warner-Reprise-Elektra Years (1975-1999) salutes Sanborn by taking a deep dive into the 17 albums he recorded as a solo artist within the highly impressionable 25-year period he was earning a reputation for world alto saxophone dominance. From Taking Off (Warner - 1975) to Close-Up (Reprise - 1988) through Inside (Elektra - 1999). This deluxe package explores David Sanborn's catalogue in an artful approach - an immersive 45-song experience, filled with cherry-picked radio edits, rare mixes, live versions and overlooked album cut gems that present Sanborn at his eclectic, emotive finest.

Each of the three discs covers a specific aspect of Sanborn's vibe, offering a variety of palate-pleasing styles that plays out like three 15-song feasts in one. Anything You Want comes complete with tasteful artwork by Roger Williams, exquisite mastering by Nick Robbins, track-by-track credits detailing all the A-list musicians and singers, and an in-depth essay by A. Scott Galloway abundant in exclusive, richly illuminating new commentary by Mr. David Sanborn, primary collaborator Marcus Miller, producers Hal Willner and Robert Margouleff, plus peers Randy Brecker, Steve Khan, Hamish Stuart and Ronnie Foster. 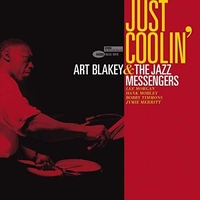 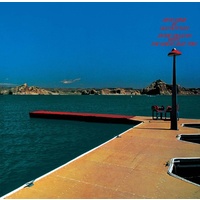