David Sanchez triumphantly returns with a masterwork that not only emphasizes his deep roots and respect for Jazz with a capital J, but that continues the narrative from his album Melaza, digging further into the story of the African Diaspora as it is represented in the Caribbean, from Puerto Rico to Cuba to Haiti.His playing is at a peak, and the band flawlessly follows the story of his diverse study of Afro-Caribbean culture. -

"The African diaspora throughout the Americas feels to me like a big river, flowing and changing it's formation across various lands, but remaining one immense watercourse. Carib is my continuation of that river, a personal and musical stream I began when I became bandleader for my first album, The Departure (1994) where you can clearly hear Puerto Rican rhythms running throughout. Another fork, my album Melaza (2000), has the most substantial connection with Carib because of it's flow and the strong influence of the bomba music tradition from Puerto Rico. I believe some of the greatest contributions to contemporary music and culture have come from the African diaspora throughout the Americas. Unfortunately, there seems to be too little awareness of their influence, especially the vital stories told by the music. So, I wanted to approach this album as a means to pay tribute to all Afro descendent communities who have helped define my music and the culture's broad ranging beauty and idiosyncrasies. Carib features traditional music from these two islands, because it still amazes me how similar their music flows. I focused on the Congo-Guinee in Haitian music because it is a musical tradition shared by many other Afro descendant cultures." - David Sanchez 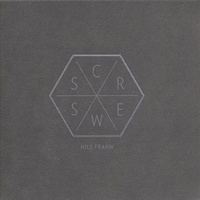