The last solo CD (“Separator”) recorded by David Stackenäs with acoustic guitars was released 8 years ago.

Too much time without having a close listening of the developments taken by the continuous research this Swedish guitarist is doing of the unplugged instrument that, even being the most popular in the world, still has some secrets to explore. The focus may be the same, with a similar succession of sketches (“bricks”), but there’s much more happening than before: both the musician and the music grew considerably. The sound is raw but its contents are exquisite.

The structures can be complex and intricated, but the Delta blues roots we always recognized in this improviser’s guitar language appear in the cracks and sometimes stay at the surface. Nothing is excluded in this musical microcosm – after all, Stackenäs is one of those jazz musicians we find either in the mainstream and the creative fields, equally at ease when exploring tonality and melody or abstract noisy textures. He has a unique way of playing guitar, and some of the applied techniques are his own.

David Stackenas uses preparations and conventional procedures as he sees fit and with no preconceptions. After this fundamental work, you’re certainly going to add his name among your favorite guitar players. 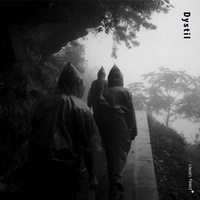