Though they never achieved the popular success enjoyed by some of their peers, Delaney & Bonnie Bramlett spearheaded the roots-rock revolution of the late ‘60s and early ‘70s along with The Allman Brothers and The Band, turning away from the exoticism of psychedelia towards music “rooted” in blues, country, and soul. Witness the fact that the “And Friends” that played with the pair included Eric Clapton, George Harrison, Leon Russell, Dave Mason and Bobby Whitlock….out of Delaney and Bonnie’s various aggregations arose Derek and the Dominoes and Joe Cocker’s band for the legendary Mad Dogs and Englishmen tour. And for Motel Shot, the duo’s fourth studio album and their third for Atco/Atlantic, the circle of “friends” included Cocker, Whitlock, and Mason, plus appearances by Duane Allman, Gram Parsons, and John Hartford among others!

But for the most part, this is a largely acoustic, charmingly informal affair dipped in gospel and dominated by the Bramletts and Whitlock; the Motel Shot title refers to informal, after hours jam sessions on the road. But there’s a whole lot more to the story (and to this release!). The project began not in a hotel room but in the living room of engineer Bruce Botnick, with November 1970 sessions as a prospective release for Elektra Records. But, after Delaney had a falling out with label head Jac Holzman, the project moved to Atco, who put the “band” into a proper studio to re-record much of the material. Those later sessions comprise the original album, which has heretofore only appeared briefly on CD in Japan; but, after hours of tape research, co-producers Bill Inglot and Pat Thomas uncovered the original “living room” sessions that yielded the eight unreleased tracks on this Expanded Edition CD release – and notably is the first American CD release of the original Motel Shot album as well. Remastered by Inglot, with an essay by Thomas that includes exclusive (and extremely candid) quotes from Bonnie Bramlett, Bobby Whitlock, Bruce Botnick, and Jac Holzman, Motel Shot finally is presented here the way it was originally conceived, and takes its rightful place as one of the great albums of the classic era of the roots rock movement. 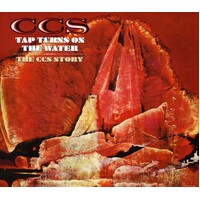