In 1977, Dexter Gordon was in the midst of major shifts in his life and his career and had signed with a major label for the first time. He was in the process of returning to the U.S. after 15 years in Europe. At the age of 55, he was in the process of forming and leading his first permanent working band. Amid all this activity and change comes this Paris concert from September 25, 1977.

This is truly unique as it is the only recording of Dexter playing with Al Haig. A major find and a worthy addition to Dexter's discography. 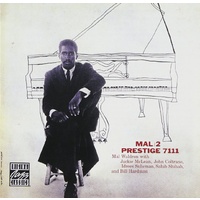