Following up on his Balkan-Jazz Folk-Opera Rousilvo (2018), Macedonian composer/multi-instrumentalist Dine Doneff presents IN/OUT as the second release on the neRED music label in cooperation with ECM Records. The 21-minute long album has been referred to as “A Soundscape Theater for Double Bass and Tapes” and was recorded live on July 1, 2016 in Domagk Ateliers, Munich as a part of the vernissage for: In Searching of a Common Ground #2, an exhibition of eleven contemporary Macedonian artists.

As a play in one act, IN/OUT is a dialogue between a soloist and a soundscape of pre-recorded compositions and field recordings made in several European cities, which runs through the performance. The question of what is IN and what OUT creates a dialectical conversation between the actor/improviser and the composer/thinker. Common ground, Division within, Contradiction, Homecoming, Unbelonging, Disquiet and Exile arise in succession as subjects upon which an intensive dialogue takes place. 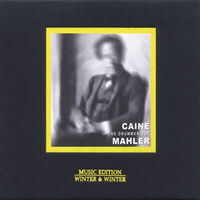