with George Mraz and Lewis Nash

This trio date led by Don Friedman is comparable to a typical Bill Evans session in several ways. Joined by bassist George Mraz and drummer Lewis Nash, one hears three strong musicians interacting rather than a rhythm section playing follow-the-leader with the pianist. Secondly, Friedman, like Evans, loves playing great melodies. Finally, Friedman is a gifted composer, though his pieces are obviously not as well known as Evans' works. But the comparison ends there, as Friedman has a distinctive style of his own.

The title track is obviously Evans' best-known composition, though Friedman's interpretation of it is more aggressive and features a melodic solo by Mraz as well. Friedman's lyrical side is readily apparent in his warm rendition of Michel Legrand's bittersweet ballad "You Must Believe in Spring." The pianist is at his most adventurous skirting around the theme to Johnny Mandel's lovely "The Shadow of Your Smile," propelled by Mraz's phenomenal bassline until Nash is added and the setting of the piece is modified into a brisk samba.

His originals merit attention as well. "35 W. 4th St." is a catchy post-bop theme, while the furiously paced "Blues in a Hurry" seems to catch the hustle and bustle of New York City. It's not surprising to learn that Friedman composed "Flamands" as a result of visiting the West Indies. Mraz takes the lead and has a prominent role throughout this infectious piece. "From A to Z" salutes his good friend, the late guitarist Attila Zoller, and includes an excellent drum solo by Nash. Friedman's closer is a breathtaking solo of Willard Robison's sentimental ballad "Old Folks." This intimately recorded studio session is an obvious keeper. 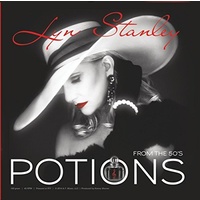