Not so much a fusion album as an attempt at mainstream soul and R&B, Street Lady plays like the soundtrack to a forgotten blaxploitation film. Producer/arranger/composer Larry Mizell conceived Street Lady as a concept album to a spirited, independent prostitute, and while the hooker with a heart of gold concept is a little trite, the music uncannily evokes an urban landscape circa the early '70s.

Borrowing heavily from Curtis Mayfield, Isaac Hayes, and Sly Stone, Donald Byrd and Mizell have created an album that is overflowing with wah-wah guitars, stuttering electric pianos, percolating percussion, soaring flutes, and charmingly anemic, tuneless vocals. It's certainly not jazz, or even fusion, but it isn't really funk or R&B, either -- the rhythms aren't elastic enough, and all of the six songs are simply jazzy vamps without clear hooks. But the appeal of Street Lady is how its polished neo-funk and pseudo-fusion sound uncannily like a jive movie or television soundtrack from the early '70s -- you can picture the Street Lady, decked out in polyester, cruising the streets surrounded by pimps with wide-brimmed hats and platform shoes. And while that may not be ideal for jazz purists, it's perfect for kitsch and funk fanatics. 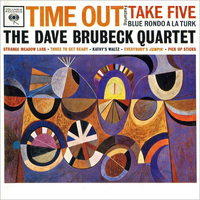