Dr. John was always respected as a consummate pianist, but he didn't make a solo, unaccompanied piano record until 1981's Dr. John Plays Mac Rebennack. The wait was well worth it. His music had always been impressive, but this is the first time that his playing had been put on full display, and it reveals that there's even more depth and intricacies to his style than previously expected. More importantly, the music simply sounds good and gritty, as he turns out a set of New Orleans R&B (comprised of both originals and classics) that is funky, swampy and real. 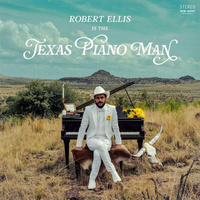