When Malcolm John Rebbenack Jr., best known by his stage name Dr. John, first hit the scene in the late 1960s after many years as a Wrecking Crew session musician, he developed his craft the back of an eccentric presentation. His swampy, and frequently psychedelic blend of New Orleans-inspired boogie-woogie rock paired with a macabre character heavily inspired by voodoo priests and Mardi Gras, and a highly theatrical stage show to match. Across four studio albums Dr. John cultivated this stage presence and developed a strong cult following.

As Dr. John entered the 1970s however, this stage presence would undergo a major change. In 1972, Dr. John abruptly switched gears from muddy psychedelia with the release of Dr. John's Gumbo, which saw the performer covering a selection of New Orleans rhythm & blues standards. The backing band remained the same, but the sound was a slicker and more traditional fare that undoubtedly disappointed the cult following that fell in love with Dr. John's voodoo antics, but was a hit with critics and commercial audiences. Dr. John's Gumbo was Dr. John's second Billboard chart success (Reaching #112) and would be named one of the 500 Greatest Albums of All Time by Rolling Stone.

Building on this success, the next year Dr. John continued upon this path, releasing In The Right Place in 1973. Produced by the legendary producer Allen Toussaint, In The Right Place took the more polished sounds developed on Gumbo, and traded psychedelia for New Orleans funk, for a sound that still pulsated with the spirit of Louisiana, but was imminently danceable as well. In The Right Place was not only a critical hit, but marked Dr. John's greatest commercial success, reaching #24 on the album charts, and rendering a Top 10 hit out of the title track. 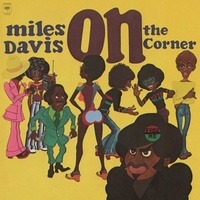