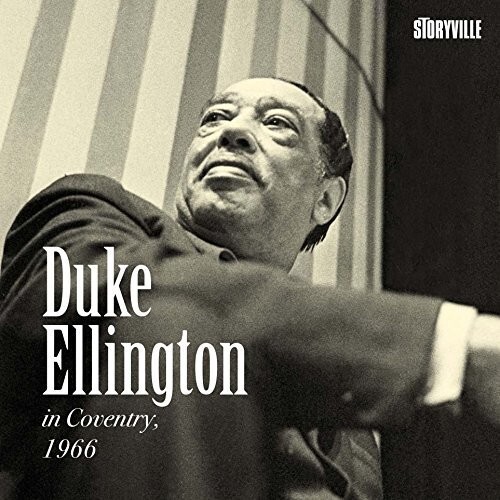 During the year of 1966 Duke Ellington was touring Europe. Duke Ellington's sacred concerts had many incarnations, more than the three on the commercial records: The First (1965), The Second (1968) and The Third (1973). At concerts Ellington often made changes in the proceedings - left out some numbers, and played others, and altered the succession of numbers played. This was evidenced at Coventry Cathedral on a winter's Monday, February 21st 1966.

The Coventry concert had it's centerpiece in "In The Beginning God", but apart from that it was no ordinary sacred concert: Two numbers, "Come Sunday" and "Tell Me It's The Truth" would have a vocal on the issued record and in other performances of A Concert of Sacred Music the previous year, but were purely instrumental here - and the two numbers following "In The Beginning God" had no connection to a religious theme.

With him on that day in Coventry Cathedral were some highly professional British vocalists, The Cliff Adams Singers and the baritone singer George Webb, giving the performance a special quality, which the band acknowledged by playing on the top of their game. The concert was filmed for TV, and part of it was telecast. Two numbers were regrettably omitted from the TV production, but are on this album, a powerful version of "Light (Montage)" from Black, Brown And Beige, and the above-mentioned "Come Sunday." The concert also includes a premiere and only performance of a new Ellington composition "Come Easter," a premiere of another new Ellington piece "West Indian Pancake," and one of the first performances of a piece which would become an important part of many concerts during the following years, "La Plus Belle Africaine."