Masterpieces By Ellington shines from an astonishingly brief period of history that gave the recording industry two of its greatest achievements — the introduction of magnetic tape recording and the 33 1/3 LP, or long-playing record. Four years.

That's all it took to go from the discovery by Americans, of German advancements in the field of sound recording, to the marketing of tape decks in the U.S. by the Ampex company, to Columbia's unveiling of its 12” LP, and the first long-playing record to be sold to consumers. The four selections contained here catapulted the Maestro Ellington into the LP era, as the great composer/arranger/pianist and his matchless orchestra took full advantage of the possibilities afforded by magnetic tape recording and the still-new 33 1/3 RPM LP to, for the first time, capture uncut concert arrangements of their signature songs. 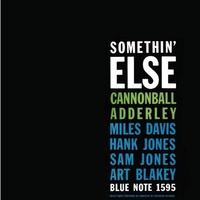