Reine Fiske has on several occasions proved a perfect guest for the Elephant9 trio, both on record and on stage. Never one to fight for attention, with Elephant9 he's a true equal given the opportunity to express himself both as a soloist as well as a rhythm guitarist, his interaction with Ståle Storløkken's keyboards creating some magic sequences. Ståle is a founder member of Supersilent since 1997, and has for many years been Terje Rypdal's trusted right hand.

Nikolai Hængsle is most known from Bigband and Band of Gold. Torstein Lofthus was a member of Shining for several years and has played with a large number of jazz, pop, and rock artists. Reine Fiske is a founder member of Dungen and Träden, the continuation of the legendary Swedish group Träd, Gräs Och Stenar. 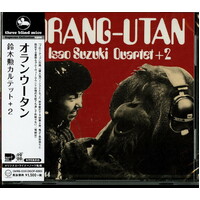