Elvin Ray Jones was an American jazz drummer of the post-bop era. He moved to New York City in 1955 and worked as a sideman for Charles Mingus, Teddy Charles, Bud Powell and Miles Davis. From 1960 to 1966 he was a member of the John Coltrane quartet. Following his work with Coltrane, Jones led several small groups, some under the name The Elvin Jones Jazz Machine. The Main Force was originally released in 1976 on Vanguard Records. Musicians on this album include Ryo Kawasaki, Dave Williams, Pat LaBarbera, Steve Grossman, Dave Liebman, Frank Foster and Dave Johnson. 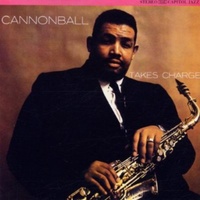