Eraldo Bernocchi - Like A Fire That Consumes All Before It

RareNoiseRecords co-founder, multi-instrumentalist and composer Eraldo Bernocchi has created an evocative soundtrack for a new documentary film on American artist Cy Twombly. Imagined and produced by Michele Bongiorno written and directed by Andrea Bettinetti for GoodDay Films Ltd, Cy Dear was presented privately at the Museum of Modern Art in New York City in the Spring of 2018 and will have its festival premiere this Fall.

Bernocchi's soundtrack is suitably atmospheric, underscoring the life and times of the American painter-sculptor-photographer, whose work influenced a generation of younger artists including Jean-Michel Basquiat, Anselm Kiefer, Francesco Clemente and Julian Schnabel. "

I had total freedom from the director and the production," says the Italian guitarist and electronics maestro on creating the soundtrack to Cy Dear. "We worked as a team in order to create the best film possible in total freedom. Nobody ever asked me to change anything as my ideas were reflecting in a natural way those of the director and production. Each one of us melded and worked as if we had known each other forever. The end results are an incredible documentary and this record."

While the atmospheric soundtrack to Cy Dear may recall Bernocchi's previous ambient recording on RareNoise, 2005's Winter Garden, his very personal statement on Like a Fire That Consumes All Before It casts its own compelling spell on listeners. "This work bears my signature," he says. "It's a side of me that's always been there. Note after note, take after take, I became part of this story. I brought my memories."

Bernocchi created his soundtrack over a four-month span of intensive creativity. "I was inspired by the amazing and immortal story of this art giant," he says of Twombly. "I was also inspired by his incredible paintings, by my memories, and also by the life he lived with Nicola dal Roscio, the adventures they surfed together. And in certain moments on this project I asked myself what Ennio Morricone, my favourite composer ever, would have done on specific tracks. He very likely would have reduced the number of instruments and layers to concentrate on themes and emotions. This is what I did on tracks where you can clearly ear a theme."

Being self taught, Bernocchi has evolved his own vocabulary in the studio. It's an approach based more on emotion than notation. "I know how I want to feel when I listen to a track and the emotions I'd like to live," he says. "And the challenge on a project like this, where I played all the instruments myself, was to temper all the ideas I was planning to use. I hate overproduced music. Super-layered tracks make me nervous. I trust one note, one single note, a riff. That riff can say more than a whole orchestra. So, I had to keep the 'other me' at bay sometimes and be absolutely merciless. Because in the end, Cy Twombly was the protagonist in this story, not me." 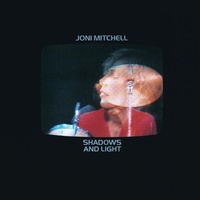